Convamore House, The Seat of The Earl of Listowel

A large double page antique print illustrating Convamore House in Cork, Ireland, The Seat of The Earl of Listowel, with two vignette illustrations of the grounds. From the Illustrated London News. Drawn and signed G. Montbard. Titled 'The Homes of Irish Landlords No. IV'. Dated Aug 5th 1899. Also with  two other illustrations of 'The Castle of Ballyhooly and the blackwater' and  'Convamore from the grounds' on the reverse of the main print. Excellent condition with centre fold as issued. A large, impressive and understated rare series from The Illustrated London News by George Montbard. Size approx 58x40cm. 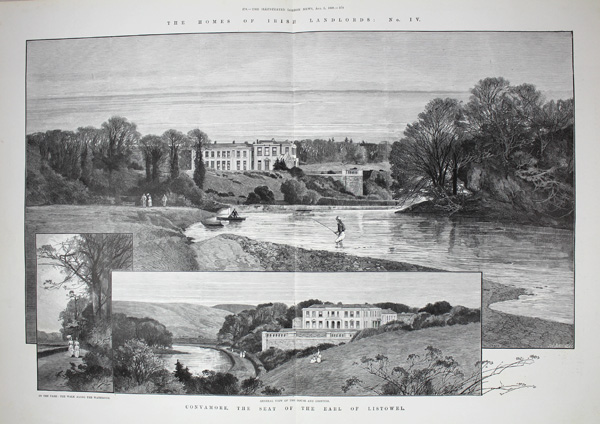 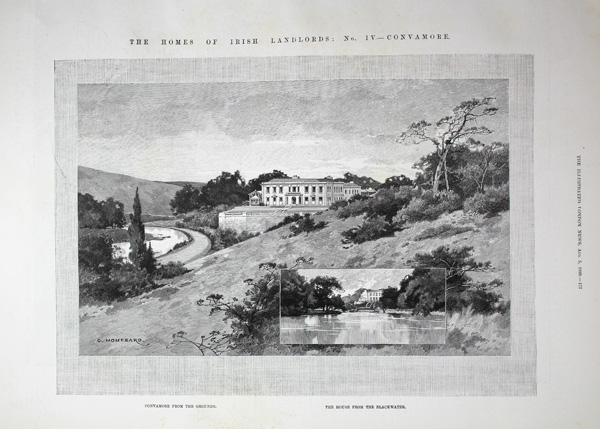 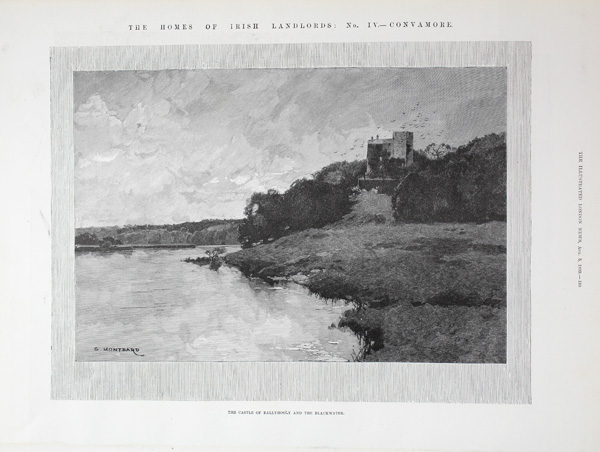